The Steppe Eagle is a large eagle species found in the plains of far eastern Europe, but has become increasingly rare over the past decades.

Similar to most birds that are at home in open habitats, the Steppe Eagle has not adapted well to modern agricultural landscapes, which is the main reason for its serious decline.

However, since several other raptors (such as the Red Kite) have made significant progress in adapting to man made habitats, there is hope that the Steppe Eagle will also be able to achieve this.

But in order to help the Steppe Eagle survive, it’s essential to protect its existing breeding habitat, and to work on modifying agricultural practices to support a larger number of species that are at home in the plains.

The Steppe Eagle is a large raptor of the open plains, where it can often be seen hunting on the ground. Similar to a cat, it waits patiently in front of rodent burrows until its prey comes out.

With a wingspan of up to 200 cm, the Steppe Eagle is a very large eagle in Europe, though slightly smaller than its close relatives, the Eastern Imperial Eagle and Spanish Imperial Eagle.

Also, keep in mind that males are considerably smaller than females, and more similar in size to the Bonelli’s Eagle (Aquila fasciata).

The overall appearance of the Steppe Eagle is that of a large, dark brown eagle species. Adults are uniformly dark brown, while juveniles are lighter brown, and have a white band on their wings (both on top and on the bottom).

Similar to the majority of raptors that are found in Europe, female Steppe Eagles are considerably larger than males, but there is also a big overlap in sizes between the sexes.

A maximum age of 41 years has been recorded in captivity.

The European distribution of the Steppe Eagle is restricted to the European part of Russia, where it occurs north of the Caspian Sea. While it used to breed in other eastern European countries in the past, it is now extinct from all of these. Outside of Europe, its range extends eastwards to Mongolia and China.

As suggested by its name, the Steppe Eagle prefers open landscapes, including grassland, arid and semi-arid zones, as well as steppes. In some areas it is also found on cultivated farmland.

The European population of the Steppe Eagle is estimated to be between 5,000 and 20,000 breeding pairs by BirdLife International. However, an accurate number is currently not available, since there is very little data from its breeding range in Russia. The global population number is also not very well known, but it has been declining in most parts of its range.

Similar to other eagle species of Europe that hunt in the plains and steppes, the Steppe Eagle is often observed hunting on foot. It uses this tactic to wait in front of burrow entrances of rodents, in order to catch them when they venture out in the open.

The main food source of Steppe Eagles are small mammals, including voles and other rodents. In addition to this, it also takes birds, reptiles, and amphibians, and in its wintering grounds in Africa it feeds on swarming locusts and termites.

The Steppe Eagle builds a stick nest that is often placed on the ground, or on hillsides, power poles, or bushes. The female lays 1-4 eggs, which are incubated for up to 45 days. After hatching, the young eagles stay in the nest for up to 60 days.

Unlike many other eagles in Europe, the eldest chick doesn’t kill its younger siblings, and as a result it’s common for more than one young eagle to be raised successfully from one brood.

The Steppe Eagle is a strictly migratory bird that travels over a long distance to spend the winter in Africa south of the Sahara. Unlike other eagle species, it likes to migrate in flocks, and sometimes thousands of Steppe Eagles can be seen on a single day at migration hotspots like Eilat in Israel.

In its wintering grounds, the Steppe Eagle is nomadic, and moves to locations with the most plentiful food supply. It is commonly found in areas with swarming termites or locusts, where it mingles with other raptor species that are attracted by the swarming insects.

The Steppe Eagle has declined significantly throughout its distribution range, and unfortunately that trend seems to be continuing in the present. Up to the end of last century, it was found in several eastern European countries, including Ukraine, Romania, and Moldova, but is now completely extinct there.

Due to this consistent negative trend, BirdLife International has classified the conservation status of the Steppe Eagle as “Endangered”, indicating that it’s high time to make a strong effort to preserve this raptor species in Europe.

In order to preserve the breeding populations of Steppe Eagles, it is therefore essential to preserve existing habitats, while at the same time working on modifying modern agricultural practices to enable as many species of the open plains to find a way of adapting to it.

After habitat destruction, electrocution on power lines is another serious problem, and this needs to be addressed effectively in order to give the existing populations of Steppe Eagles a chance of survival. 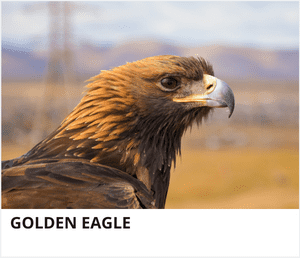 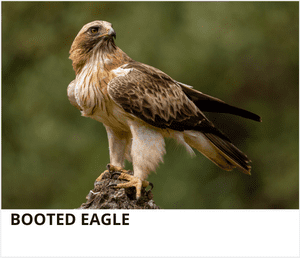 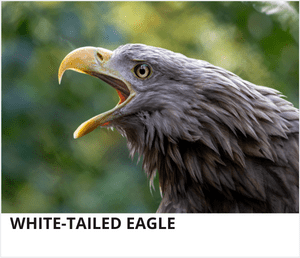 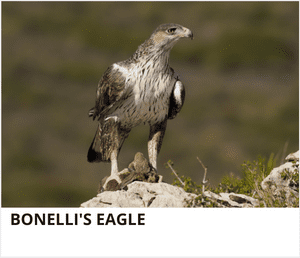 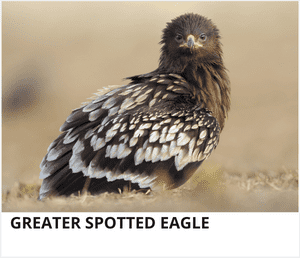 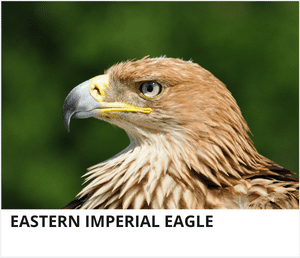 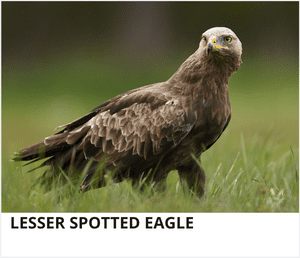 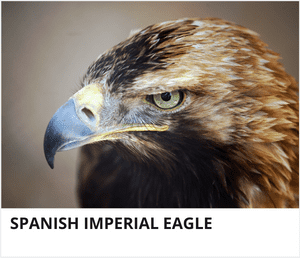 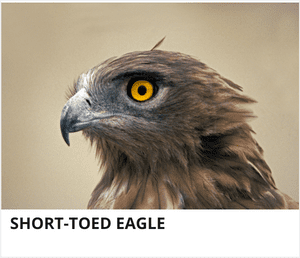 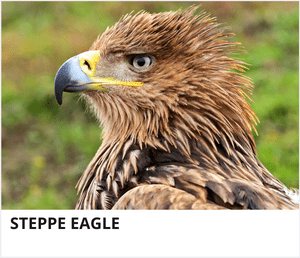 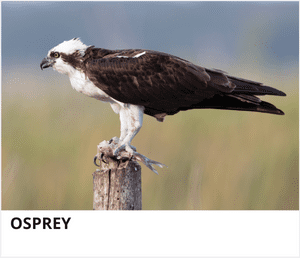